Meet The 30 Under 30: Hollywood & Entertainment

As the new male lead in Star Wars: The Force Awakens, John Boyega should get used to seeing action figures and postage stamps in his likeness: his first major studio movie is also expected to be one of the highest-grossing films in history. The $200 million episode is a galaxy away from the supporting roles Boyega held in Fox’s 24: Live Another Day miniseries and the Sundance-acclaimed indie film Imperial Dreams, but it’s a part that could define his career just as prior installments did for Harrison Ford and Carrie Fisher. 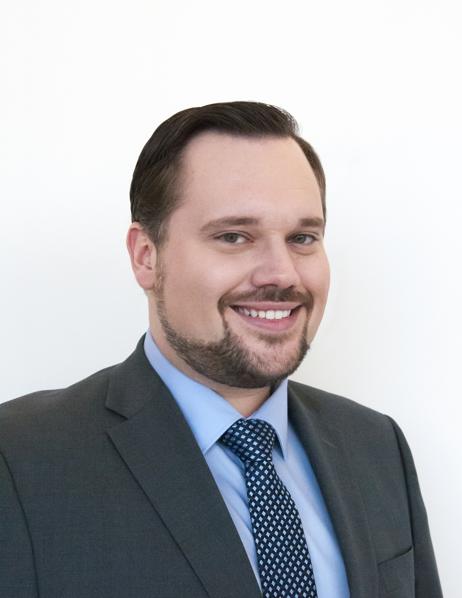 Having your own network show before the age of 30 is rare; doing so as a woman, even more so. Writer and star of the wonderfully weird musical comedy series «My Crazy Ex-Girlfriend,» the Upright Citizens Brigade alum received a Golden Globe nomination for her CW show in 2015.

The comic who created NBC’s «The Carmichael Show» is bringing back old-school family sitcoms. The show, which is loosely based on his own family, has been renewed for a second season.

Emilia Clarke’s breakout role was no small one: She plays Daenerys Targaryen on the wildly popular «Game of Thrones,» a part for which she has received two Emmy nominations. Her credits are growing, as she recently starred in «Terminator Genisys» and will be in 2016’s «Me Before You.»

Pete Davidson is starting where many of the best comedians do: on «Saturday Night Live.» The youngest member of the cast has polished his chops in both sketch and stand-up, as seen during last year’s Comedy Central roast of Justin Bieber.

Canadian art house director Xavier Dolan may have won the 2014 Jury Prize at Cannes for his film «Mommy,» but it was his video for Adele’s «Hello» which earned him views—a record-breaking 27.7 million in a day, to be exact. His forthcoming English-language cinematic debut, «The Death and Life of John F. Donovan,» will be his seventh feature film.

Hailing from the United Kingdom, Taron Egerton became known for his role on British TV series «The Smoke.» He has now made a splash on this side of the pond with a starring part in «Kingsman: The Secret Service;» a sequel is in the works.

From «Saturday Night Live» to «How I Met Your Mother,» Abby Elliott seems to be on the road to small screen comedic success. Since leaving «SNL» in 2012, she has landed a main part on Bravo’s popular scripted series «Odd Mom Out.»

The Philadelphia native parlayed a budding career as a real-life rapper—as Yazz The Greatest, he opened for 2 Chainz and Fabolous at Jay Z’s Made In America Music Festival in 2013—into a co-starring role as Hakeem Lyon in Fox’s hit TV show «Empire» this year. 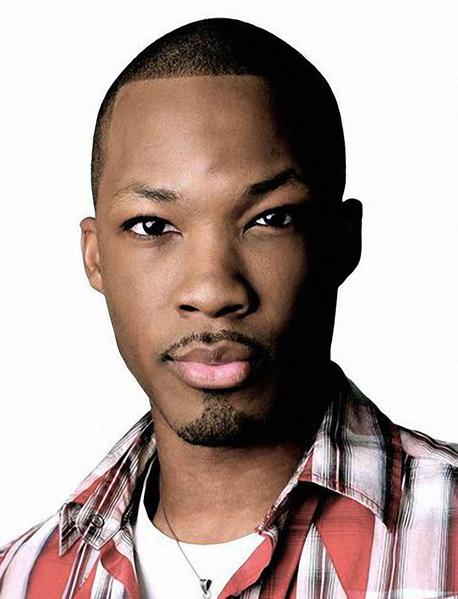 The Juilliard graduate has taken his acting abilities from theatre (starring as Tybalt on a recent Broadway revival of «Romeo and Juliet») to the small screen (playing Heath in AMC’s «The Walking Dead»), but his breakout role was playing Dr. Dre in the smash hit «Straight Outta Compton.»

The son of NWA cofounder Ice Cube, the young rapper/actor—who released mixtape under the name OMG—was tapped to play his father in last summer’s biopic «Straight Outta Compton»» alongside two other 30 Under 30 honorees; the film would go on to gross over $200 million.

Dakota Johnson’s blockbuster breakout, “Fifty Shades of Grey,” whipped up a box office frenzy: it grossed $570 million worldwide on a $40 million budget. The Texas-born first hit the big screen age 10 in 1999’s “Crazy in Alabama,” which co-starred her mother, Melanie Griffith. She had bit parts in “The Social Network” and “21 Jump Street” before landing the lead in Fox sitcom “Ben and Kate.”

Brie Larson started her comedy career young, performing in sketches on «The Tonight Show with Jay Leno.» She has since earned laughs co-starring in «21 Jump Street» and, most recently, «Trainwreck.» Her career is now taking a more serious turn with an Oscar buzz-inducing role in 2015’s «Room,» which earned her a Golden Globe nomination.

As president of Kids at Play, an independent production company, Amy Laslett has had a hand in producing television shows, commercials and films, in addition to digital content. The company has worked on series such as «Tiny Commando» with Ed Helms and Zachary Levi to AOL, AMC and VEVO projects.

Best-known for playing the uptight Shoshanna in «Girls,» Zosia Mamet has been booking a wider range of parts, earning positive reviews for her role as a sex worker in 2015’s «Bleeding Heart.»

Molly Matthieson got her start in WME’s Music department in 2008 booking tours for clients such as Snoop Dogg before transitioning in 2012 to the firm’s venture investment arm, where she helps manage early stage startups. She sourced investments in Classpass and Glossier; WME Ventures’ other investments include Uber, MasterClass and live video streaming company Meerkat.

Actor
Matt McGorry started out as a body builder, but since 2011, he has been building TV credits instead. He has regular roles in two of televisions most popular shows: «Orange Is the New Black» and «How to Get Away with Murder.» He is also racking up fans, speaking out on social issues from the importance of #BlackLivesMatter to gender equality.

Jason Mitchell, 28
Actor
Already a Hollywood veteran by his mid-20s with bit parts alongside Mark Wahlberg in «Contraband» and «Broken City,» Mitchell scored the role of a lifetime—playing rapper Eazy E in this summer’s N.W.A. biopic «Straight Outta Compton.» Next up is a part in «Kong: Skull Island.» 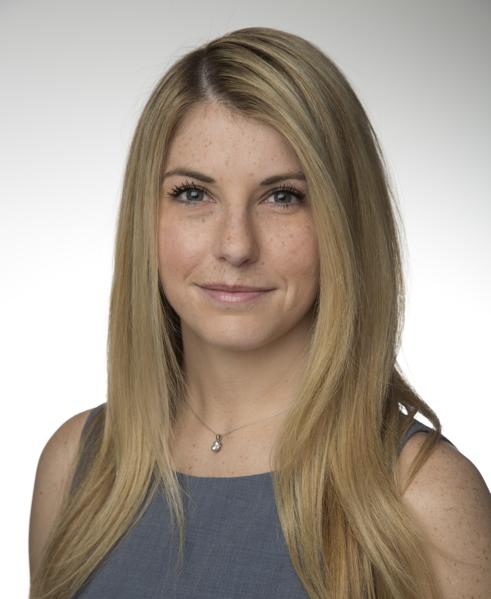 Okieriete Onaodowan, 28
Actor
Playing President James Madison and Hercules Mulligan in the hit Broadway musical «Hamilton,» Okieriete Onaodowan has become a breakout star. He previously appeared in the Broadway show «Rocky the Musical» and on tour in «American Idiot».

Anthony Ramos, 24
Actor
«Hamilton» fever has taken over Broadway, in parts thanks to the electric performances of its critically acclaimed cast. Ramos, who plays John Laurens and Philip Hamilton in the musical, had roles in various regional shows and national tours before making his debut on the Great White Way.

Daisy Ridley, 23
Actor
This 23-year-old Londoner is the new hero of «Star Wars: The Force Awakens.» The role is one of a lifetime for the young actor, who has only held bit parts in British TV shows such as «Casualty» and «Toast of London» to date.

Saoirse Ronan, 21
Actor
Known for her roles in «Atonement» and «The Lovely Bones,» Saoirse Ronan has set critics fluttering with «Brooklyn,» which many expect will earn her a second Oscar nomination. Ronan, a dual citizen of the United States and Ireland,  makes her Broadway debut as Abigail Williams in «The Crucible» in 2016. 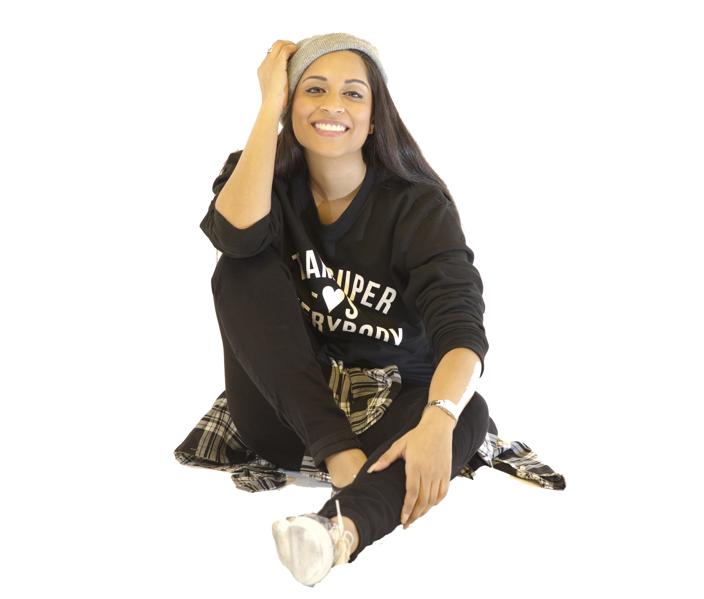 Lily Singh, 27
Writer-Comedian
Lilly Singh is part of a new generation of stars that has used YouTube to gain a following. This Canadian comedian, known to her fans as Superwoman, both raps and performs stand-up; she made millions last year thanks to a world tour and other ventures.

Alicia Vikander, 27
Actor
The Swedish ballet-dancer-turned-actor mesmerized as the humanoid robot Ava in «Ex Machina,» for which she earned one of her two Golden Globe nominations. With a lead in Oscar favorite «The Danish Girl,» Vikander is one to watch.

Zendaya, 19
Actor-Singer
Zendaya is the latest triple threat from the Mouse House. The monomynous teen got her start in Disney Channel’s «Shake It Up,» released her self-titled musical debut in 2013 and  currently stars and is co-producer of «K.C. Undercover» . With a shoe line and a Timbaland-produced album in the works, the burgeoning style icon (36 million+ followers) has a busy future.